A day out in London

Friday morning we caught the train up to London, it takes us just under 2 hours to get to Victoria Station. 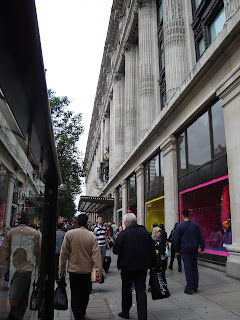 We caught the number 73 bus and got off at Selfridges as Emily wanted to look inside; on a previous trip we had found her a cuddly leopard, Tiggles, in the childrens department. 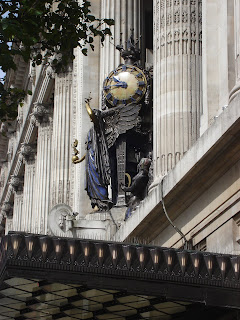 This time she bought a Hello Kitty pen, pencil (x2) and a matching keyring. We also picked up a perfume sample of the new Vivienne Westwood 'Let it Rock' perfume. 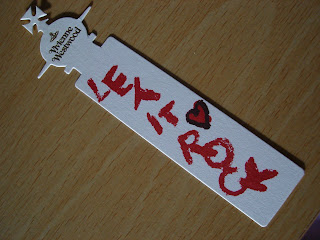 We caught a number 10 bus to King's Cross Station. For those of you who don't know, this is where Harry Potter catches the Hogwart's train from platform 9 3/4 at the start of the new school year. Between platforms 9 & 10 there is the "entrance" to platform 9 3/4. 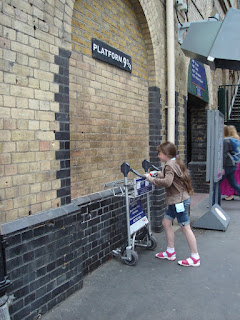 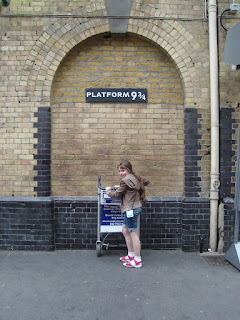 Next to Kings Cross Station is St Pancras Station. This is undergoing renovation at the moment but is still an impressive looking building more like a cathedral that a station. It was a cathedral built for steam engines and serves the Midland Mainline and will, from the middle of November, be the new Eurostar terminal. That's the train that goes through the tunnel under the English Channel to France at up to 186 mph. 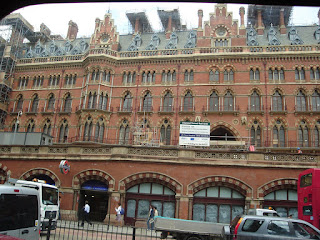 We caught another bus, number 205, to Paddington Station to visit Paddington Bear. The original Paddington Bear that used to be on display in a glass case has been removed to a museum for safety and now there is a bronze statue of Paddington in the middle of the restaurant area. 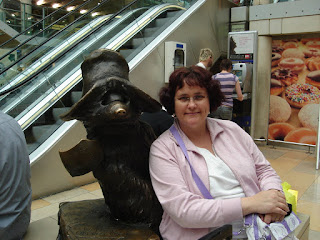 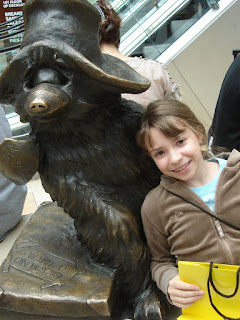 After lunch we travelled on the Tube - Bakerloo Line to Picadilly Circus. When we came up to street level we were right by the statue of Eros. 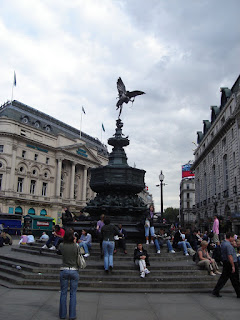 From there we walked down to Trafalgar Square. which was being decorated for the Indian Festival starting this weekend celebrating the 60th anniversary of Indian independance. 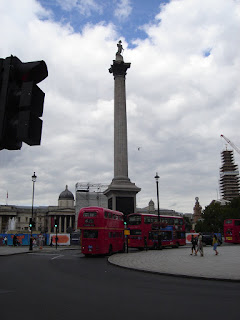 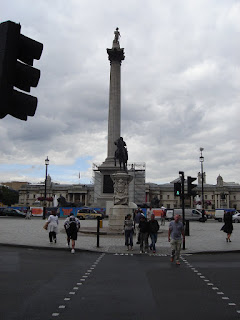 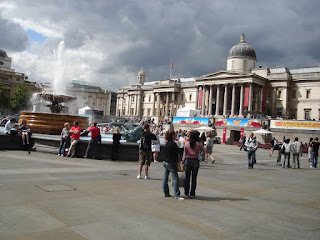 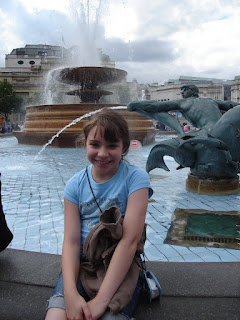 Late afternoon we met up with Tony in Trafalgar Square and then walked along St Martin's Lane past many of Londons theatres. This is the Coliseum Theatre and the globe revolves slowly and is lit up at night. 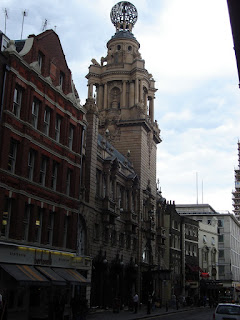 Browsing in the transport book shops. Eventually ending up in Leicester Square. Which in turn leads into Soho/China Town. 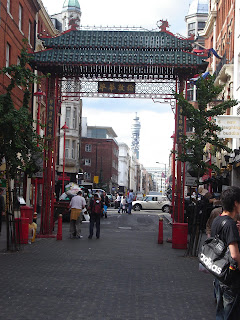 We went for an early evening meal in Wong Kei in Wardour Street, this is an authentic cheap restaurant with surly waiters and usually really good food. Unfortunately our meal wasn't up to its usual standard, disapointing but hopefully it will be better next time. We travelled back to Victoria Station on the number 38 bus and caught the train home.
Posted by Jane at 07:34