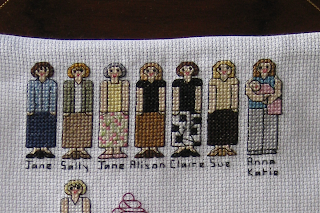 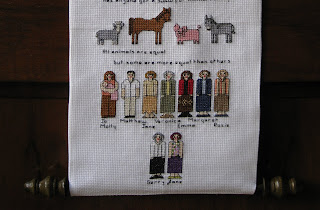 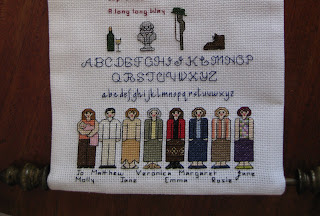 Em has been part of a Girl Guide Guard of Honour at one of her Guiders wedding. School finishes tomorrow and today she's at Chessington World of Adventures having a great time with her friends and classmates. Text messages from her included: 'I've been on the Vampire ride and the Rattlesnake!!!!!!!!' As for me, I'm reading Harry Potter and the Half-Blood Prince as I want to go and see the film. Looking forward to holidays filled with stitching, knitting and reading. Time to be spent with my parents and a family holiday in Dartmouth - whoopee! Oh and a dusting of blogging thrown in too. Last weekend we went to Amberley Museum for the Steam Railway Gala 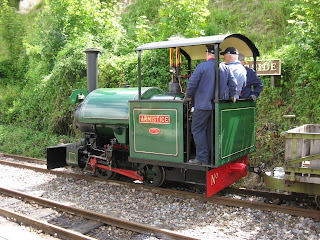 . There were several visiting engines, Armstice and No 11. The resident engines were also steamed up, Polar Bear and Peter. Peter had been restored by the rail enthusiasts at the Museum and it was Peter's first day out. Some of the non-steam engines were also running. I hope you have a good start to your holiday - all we need now is some sunshine! :-) Happy Weekend. Jane x
Posted by Jane at 17:20

Enjoy your summer holiday from school! I am doing the same things-- knitting, reading, gardening, with a bit of travel thrown in.l

What an adorable sampler!

I can't wait to see pics of your holiday! I wish you the best time!

You will have to tell me what you thought of the HP book, I have not read that one yet. I lost interest in the series, should I keep going?