We went to Dorset and had a lovely time despite the rain. We went to the cinema to see Harry Potter and The Half Blood Prince, which we all thoroughly enjoyed. 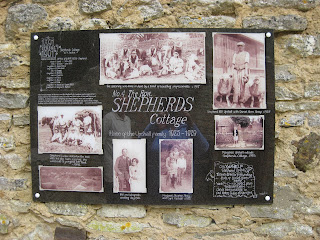 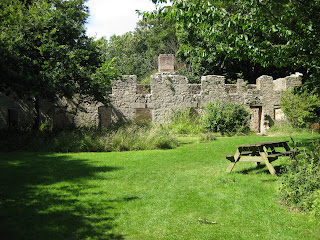 We visited Tyneham Village which is on the East Lulworth Firing Ranges, because of the summer holidays the ranges were open to the public. Tyneham was taken over by the Ministry Of Defence and the Army during WW2 and it has remained so since, despite the villagers being told they would be able to return after the War. It is a very melancholy experience as the houses are all ruined but there is a schoolroom and the church still intact, both of which have exhibitions. Later the same afternoon we visited Lulworth Cove, which is a very popular spot along the Dorset Coast. 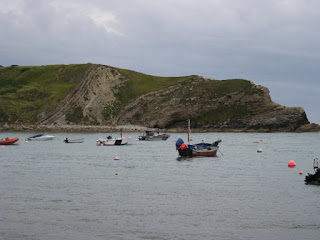 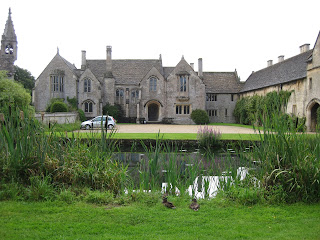 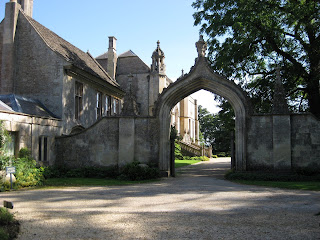 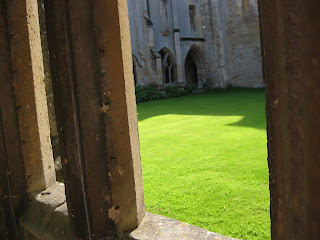 . Finally we spent an afternoon in Lyme Regis which is a lovely place to visit, sadly the sun was not going to co-operate so we decided the sea might be a bit chilly for paddling. 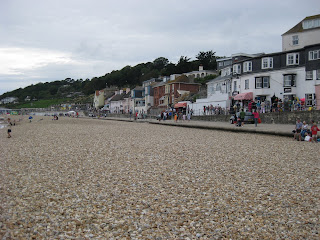 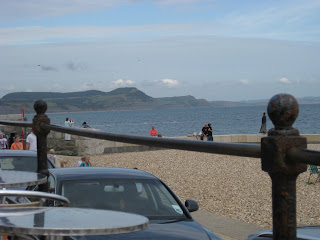 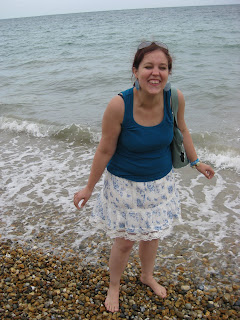 As you can see from her expression it was freeeeeeeeeeeeeeezing. On our final day it was raining so hard we went to the pictures to see Ice Age 3 - Brilliant. On the crafting front I have been making another sampler this time for a friend of Tony's who is leaving work to study to be a vicar in the Church Of England, I will post some pictures when its finished. Shortly we are off to Dartmouth for a family holiday, I hope your holidays are fun filled. Jane x
Posted by Jane at 06:33

Even with the rain and cold, your holiday sounds like it was so interesting and lots of fun.

I love love love Lyme Regis. I go there every year with my dad and my children for a week in February (or sometimes in April), when it's still really quiet. Did you go to the Town Mill bakery? I could spend hours there...

It's great to have the information on Tyneham. I'd like to visit on our next trip down to Dorset. Glad you all had a lovely time. x

WOOHOOOOOO! Thank you for sharing your holiday! I just love it when I get to see the great places you get to visit!! You rock lady, just stay warm and dry!

I think I need to start saving for a Holidays in Dorset. I enjoyed reading your blog.