This week we have visited Hinton Ampner, a National Trust house near Winchester. The house is lovely with beautifully restored rooms following a fire in the 1960's. The gardens were quite large with many paths winding around the borders. It also has a walled garden for vegetables and flowers.

Our next day trip was to London to visit Docklands Museum which tells the story of the Port of London from Roman times through to the present day covering slavery, world trade, the Second World War and todays regeneration. 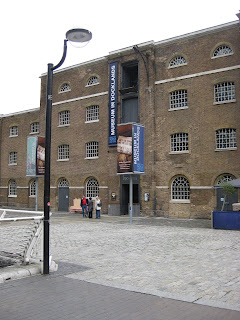 It was a fascinating visit which filled most of our day. Later we went for a ride on the Docklands Light Railway (Em and I hadn't been before but Tony uses DLR for work)
Tuesday afternoon we all went to see Wall. E. which we all enjoyed.
Wednesday we travelled up to London again, this time to visit Tower Bridge exhibition which took us up to the walkways above the bridge. We were able to look out across London and spot the places we knew, for Tony and Em it was a first visit but I had visited when I was the same age as Em is now with my Dad and a couple of friends. This time we went up in a lift but on my first visit we had to walk up a staircase that seemed to go on and on for ever. Later we also saw the engine room with the steam engine that used to lift the bridge until 1976 when it was replaced. We walked along the banks of the River Thames past City Hall and on to Hayes Galleria which gave us protection from a deluge of rain and provided a shopping opportunity.
Thursday we stayed at home. On Friday we went to Polesdon Lacey (National Trust) in Surrey which is the former home of Mrs Greville, a well known Edwardian hostess who entertained royalty including King George VI and Queen Elizabeth. Yesterday and today have been full of odd jobs and house work. 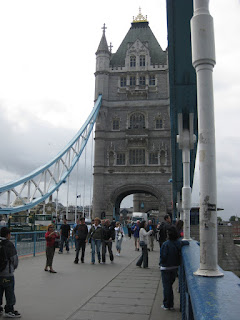 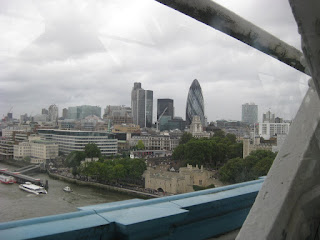 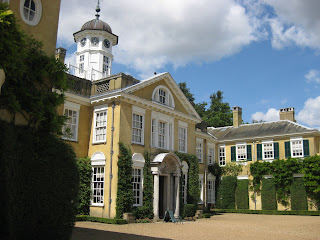 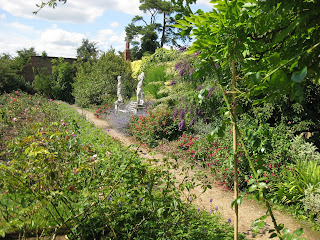 Sounds loke you've been having fun - certainly been busy!

nice gardens! hope you enjoyed yourselves!

You have made me very homesick with all your lovely photos, so much history. I've nominated you for an award. Pop over and see.

Ah! those gardens...to die for...you know how much I love gardens. You just don't find anything like that here. I would stroll in that garden and never leave.

Im back! I will commence blogging soon God willing, for now though i am catching up with everybody.

Ive enjoyed seeing your cross stitch sampler and the crochert blanket, they are both brilliant. And your garden looks pretty too.

I love those old estate gardens. And the homes as well, although a cosy cottage suits me better.
Thanks for the scenic tour.